DriveSetup: encrypted disks should display encrypted instead of empty

I think DriveSetup should detect if the disk is encrypted, and show <encrypted> instead of <empty>. With this we can prevent the unwanted format of the disk.

I have tried PGP (Symantec) and BitLocker (Microsoft) encrypted disk. I can provide block data from the disks if need. 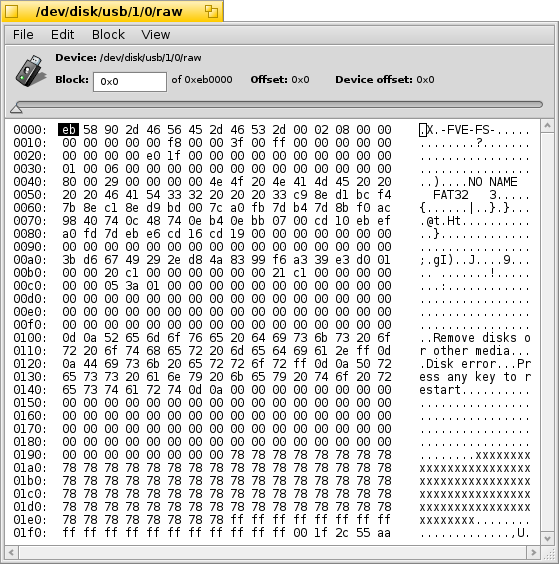 (I don't know how many encryption solutions are present, but I think it would be useful and safe.)

The question is which layer should detect this, partition or filesystem. A couple of links: Detecting Bitlocker is described ​| here. How difficult or impossible it is to detect a Truecrypt drive ​| here

Is it possible to detect the encrypted drive as Haiku detects the type of the FS?

FWIW partition types are defined ​here . Partition type (as defined in the partition table) isn't enough to identify an encrypted partition though. For example for Bitlocker, one would have to read the BPB, which is a priori the job of the filesystem.

Just as a heads up: DriveEncryption is TrueCrypt compatible, and, as korli mentioned, its volumes cannot be detected at all.